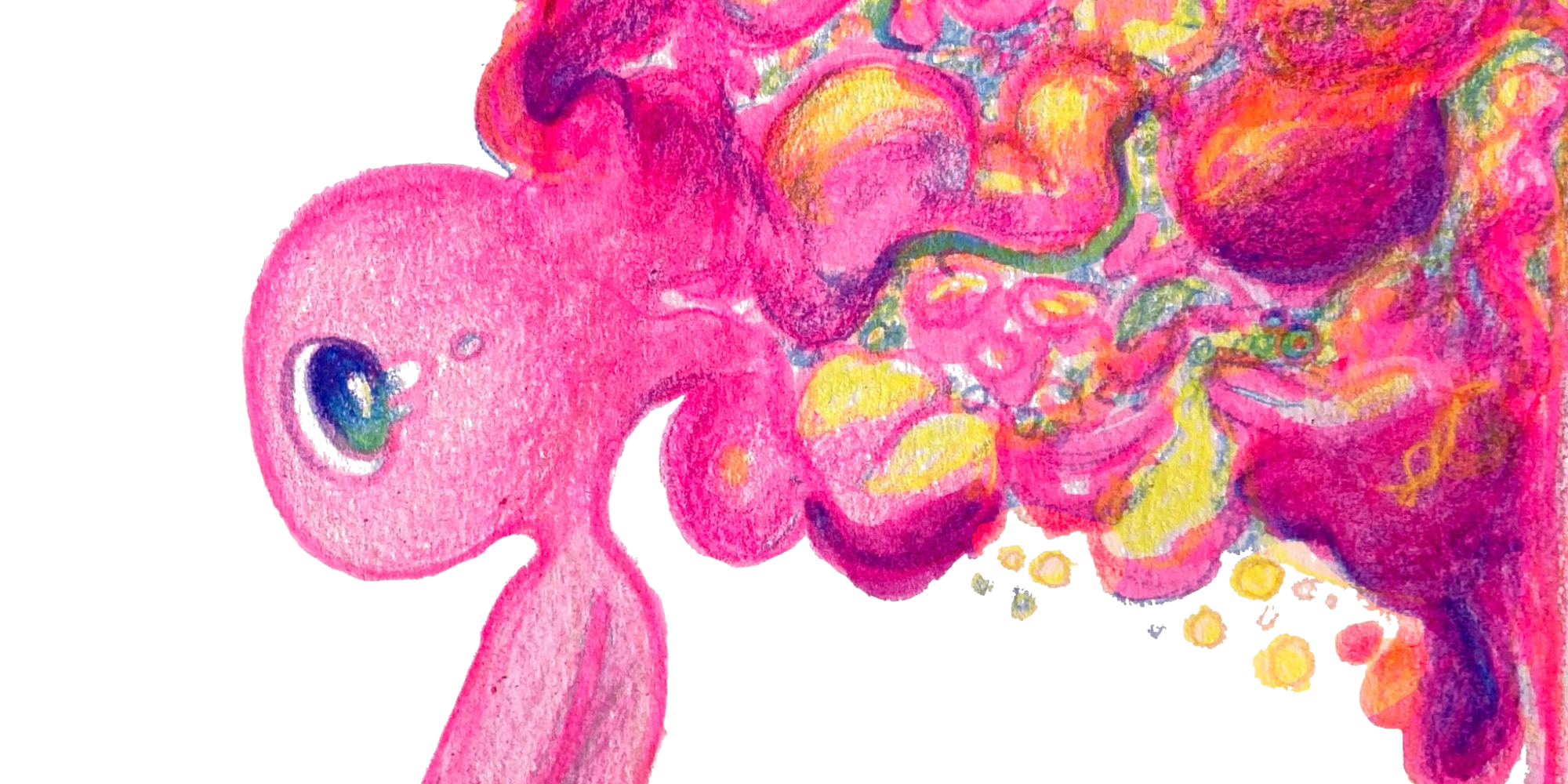 Holidaykiss’ New EP – “Once and Future”

My desire to pursue music started in elementary school when I started playing rhythm games like “Osu! Tatakae! Ouendan!” and “Rhythm Heaven”. Playing those games on the bus ride home every day from school was super instrumental to me finding interest in music! After spending a couple of years being enriched in the worlds of those games, I started obsessing over bands like Weezer and Gorillaz, which lead to fooling around with music-making programs on my beat-up laptop; music became a second language to me.

In high school, I released some vaporwave/future funk music under the alias Otoyo that, all things considered, did relatively well. I had some songs of mine printed onto cassette and vinyl, and I still get consistent plays on that material, though that world rarely interests me anymore.

Holidaykiss as a project started in 2019 as a way for me to make interesting, sometimes loud, always emotional electronic pop music in a way that felt authentic to my lived experiences. I spent all of 2020 working on songs for the project, and even joined a band called FROMTHEHEART that received a lot of attention from Spotify’s editorial team. In October, we disbanded due to misconduct on the part of the lead singer, and with that, I truly began work in earnest on this new EP.

I see Once and Future as a collection of songs detailing my experiences recovering from traumatic life events, and getting closer to discovering my true self in the process.

A lot happened during this project’s creation. I was diagnosed with OCD, Autism, and OSDD (Other Specified Dissociative Disorder). I ran away from home and I discovered new details about my past I didn’t know before. I’d say that I’m a pretty different person compared to who I was before working on these songs, but I think that’s for the better. I think that I wouldn’t have reached this point in my self-development if it wasn’t for the difficult events that shaped me into who I am today.

Overall, it’s an EP about change. It’s 6 songs – short, sweet, and to the point. I have some more specific thoughts on the individual songs and how they relate to the overarching themes of the EP, but I’ll save that for the bonus commentary that comes with the EP on Bandcamp.

Did you collaborate with people on this album?

Track 2, “Failsafe”, has verses by hyperpop and glitchcore prodigy Phixel, and emo band Khaki Cuffs, along with additional production by Moore Kismet – this incredible kid with some of the best production and writing chops I’ve ever heard! They’re 16 and they just got on the Billboard 20 under 20! I think they got a brand deal with Puma recently too? Like, what the fuck, right?

Track 3, “Landlock”, has some additional production by Fortuneswan, who’s kind of a hitmaker in the hyperpop scene. I sent them some chord loops I made that I couldn’t find a use for, and they combined them in a way that just felt so authentic and subtle. I think it’s brilliant and probably my favorite production work on the EP.

Track 5, “Abyss”, features vocals from Kuru, another hyperpop act! I co-produced a song for him called “Clueless” that has been on Spotify’s Hyperpop playlist for a couple of months now. I think it has 200k plays on Soundcloud! I get 15 dollars a month from its royalties alone – it’s really surreal. They’re incredibly talented and have this signature digital vocal processing that I felt fit perfectly over the most natural-sounding song on the EP.

Production-wise, I start every song from scratch. No templates and often no pre-planned idea of how it will turn out. When I said music is a second language for me, I really meant it! I can hear what sounds good together, what rhythms syncopate nicely; I just let my thoughts flow from my fingers to my computer. Often, I’ll enter a dissociative state when producing, and I’ll have no memory of what I did or why I did it, just a finished product. In that way, my production is the closest my brain has to a direct, nonverbal outlet.

Songwriting-wise, however, I have a pretty extensive library of lyrics and chord progressions that I’ve written over the years. When it comes time to produce a new song, I’ll take one of these chord progressions and tweak it a bit so harmonically it sounds just like it does in my head. Then, once I have a full progression written out, I’ll use my collection of lyrics as a base with which I write the whole song.

How would you describe your music to someone who’s never heard it before?

My friend Nat described it best: “Hyperpop if it took mood stabilizers and started crying more because of it.” It’s hyper, yet calm. Bitter, yet mindful. Bombastic, yet soft. Digital, yet strangely naturalistic.In the end, it’s really just interesting pop.

Who or what do you draw inspiration from?

I have a LOT of musical inspirations, probably too many to fully list here. In general though, whether in music or in life, most of my inspiration comes from people. Especially how they overcome and how they love. My friends constantly inspire me to be the best human being I can be, and a lot of that comes out in my writing.

To make more music! I already have some pretty big collaborations lined up for next year, which I’m incredibly excited about. I’ll admit, it dawned on me recently that a pretty decent amount of people I don’t know are aware of my existence, and that’s still something I’m kind of grappling with. I’m not normally one to pat myself on the back, so it’s weird to see myself kind of “blow up” and having to acknowledge that. I’m incredibly grateful for all of the support and kind words I receive about my music.

In high school, I made a vow to myself that no matter what creative outlet I pursued, its end goal would be to touch people in the way my favorite songs, movies, and video games have helped me. Even if I end up broke on the side of the road, knowing that a piece of art I made positively impacted someone’s life or showed someone that they’re not alone is all I could need to feel happy with my life.

So, to summarize, 2021 is about letting more people know they’re not alone.