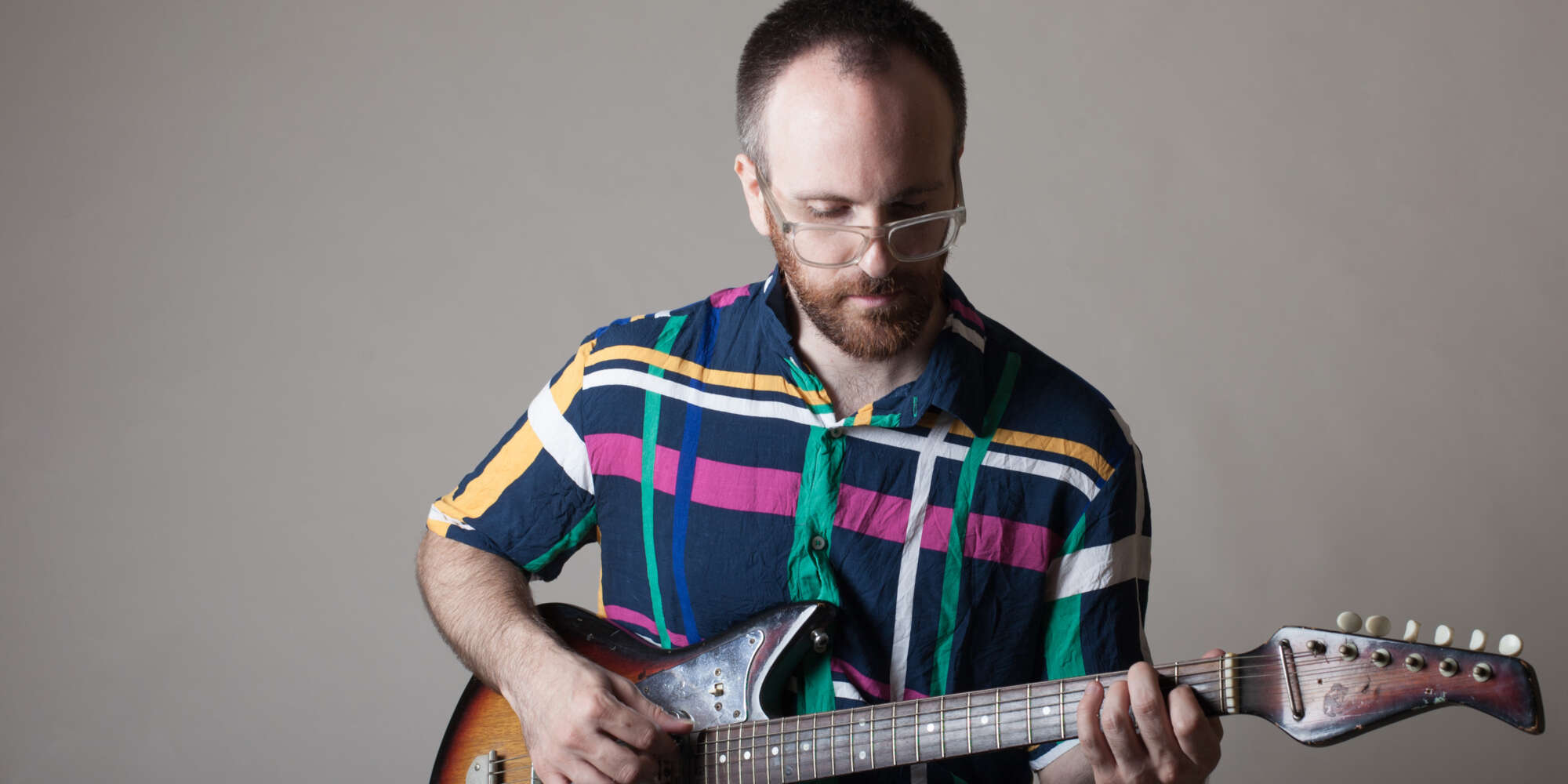 I didn’t play jazz in high school, but there were some open mics at a coffee shop that older men would play at; if I learned enough chords they let me sit in with them. After graduating high school, I attended UArts because Philly looked interesting and more affordable than some other places – I think it was a good place to be living where I was able to play jazz and original music, just to soak everything in. I really liked studying with Norman David, Matt Davis, and Dave Thomas while I was at UArts. After graduating college I taught at The School of Rock where I gained teaching experience which is still benefiting me today as a teacher. Since 2008 I’ve taught at least 30 guitar lessons a week, and up until COVID-19, I was teaching 50 lessons a week with 14 group classes.

I was still in a free-jazz group at the time, while also playing theater gigs and original music, but soon became injured. I contracted Lyme Disease which hindered my ability to play guitar, and for two years I really thought my performing career was over. During that time I found a new interest in playing nylon guitar and started falling in love with classical music. I started studying classical music and played in a classical guitar quartet for a few years which furthered my ability to read music. That lead to learning how classically-trained musicians use their bodies in specific ways to prevent injuries, which helped me regain some strength.

I later started teaching at Settlement Music School in Philadelphia where the classical technique came in handy teaching children. I love teaching children how to play music, so I pursued early childhood education and ran music classes for two and three-year-olds; I feel really taken care of by them. I currently teach classical guitar lessons and jazz band for middle schoolers. My student jazz groups feed Tony Miceli’s student jazz groups, I give them a base and once they’re rolling they can audition for Tony.

Finding ways to express myself while I was injured lead me to create electronic music. It’s not replacing guitar, but it’s helping me translate my ideas in my head to music. I have a Prophet synthesizer that takes care of the chords, my Moog Minitaur takes care of bass, and my Moog Mother 32 is fun addition to the mix. This all happened once COVID-19 started. Since I’m definitely not playing with anyone now, why not? I sold my amp from the ‘60s to finance the Prophet during quarantine. The drum machine I used on the record is the Elektron Analogue Rytm, but I’ve barely tapped into what it’s capable of.

“Shadow Behavior” refers to your shadow-self that you can’t see but guides your behavior. I think I was trying to describe the subconscious, electronic musician side of things bubbling out when most people know me as a guitar player. I took a notebook and brainstormed as many words that made sense for the titles of the songs; it’s more like Feng Shui than anything else. I grouped like-words together to create the names for the songs that best fit the vibe.

What’s your process for writing music?

“Shadow Behavior” boils down to film and video game music that I liked. I wasn’t trying to produce chords, but rather textures. It’s very different from my usual songwriting process where I’m either singing and accompanying or focusing on technique and phrasing. I found a groove I liked, a melody that I enjoyed, and mended them together.

Who or what are your influences for your music?

Everything I do is informed by the variety of genres I listen to and play. As for specific artists and bands, I really like Yellow Magic Orchestra, David Bowie, Aphex Twin, Kate Bush, Venetian Snares, John Maus, and Gilberto Gil. My favorite songwriters are definitely Bjork and Joni Michell, I can’t get enough of them. Styles of music that I really enjoy are South American music, especially Choro (Brazilian jazz), and Balkan music. Some examples of video game and film music I enjoy are the soundtracks from Final Fantasy and Uncut Gems.

Where do you hope this journey takes you?

I make all my money teaching guitar, so there’s no pressure to make money producing or creating music. I want to continue to produce original music now that I have a complete studio setup. It would be amazing to work with video games or movies, either composing for them directly or having a sync placement. I love creating music independently, but I also like it when someone gives me direction and a set of parameters.

Listen to Shadow Behavior on Bandcamp

Check out Alan’s music on Spotify and  Apple Music