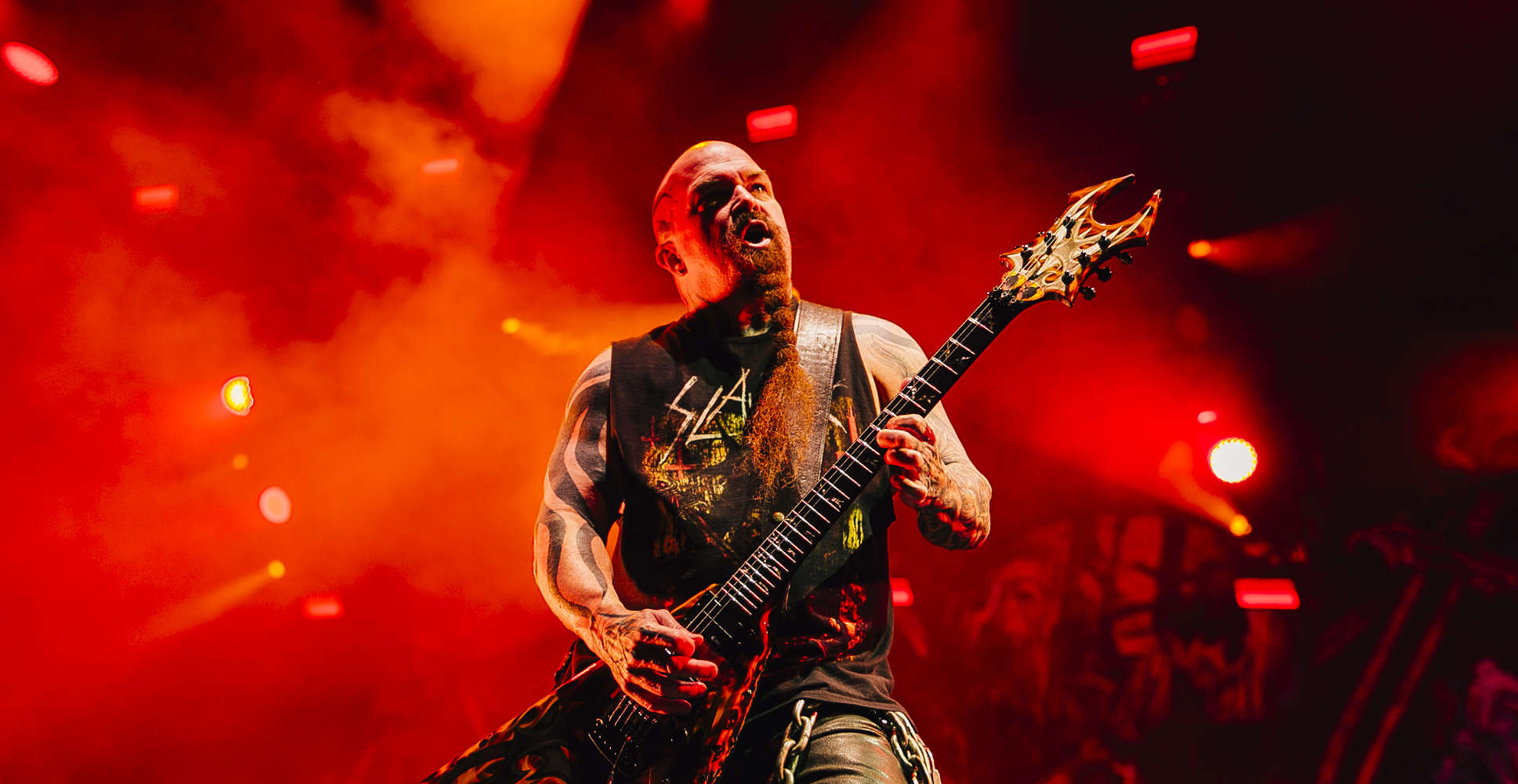 On May 24th, 2019 Slayer played their last Philadelphia show EVER (well, Camden really, but close enough). With a lineup consisting of original members Tom Araya and Kerry King, Gary Holt of Exodus, and Paul Bostaph. Prior to Slayer’s performance, a big black curtain was hung. As Slayer started playing the curtain dropped and the crowd was ecstatic. Fire shot up around the members as they played, and smoke seemed to shroud them – perfect visual elements for a heavy metal show. Although the end of anything is always a little sad, Slayer gave the Philadelphia area a spectacular farewell with their performance.

Photos and Words by Skylar Watkins