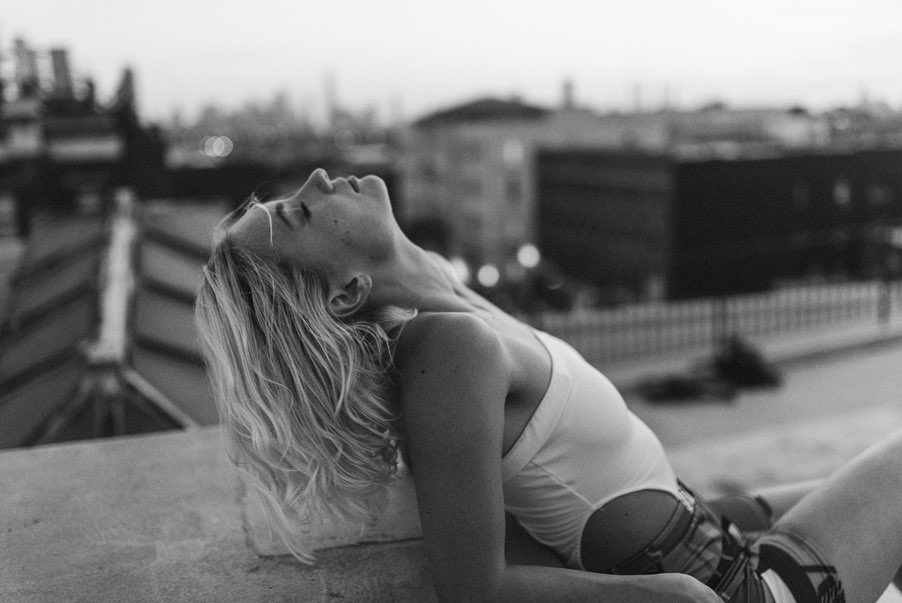 MAD FVN: The Next Lady Gaga

Who is MAD FVN?

While growing up, whenever anyone asked “what do you want to be when you grow up?”, the answer was always painfully obvious to me; sometimes even so for the person asking, given the fact I always wanted to be the center of attention! Singing and performing have always been my purpose. After high school, I left my hometown of Mclean, VA to truly pursue music, but after getting to UArts I realized just how much I didn’t know. I never had voice lessons before, knew nothing about music theory, musicianship, or the music industry at all; I was a naive teenager with a dream – then UArts happened. It wasn’t just about doing homework assignments, it was seeing every little piece of information as a roadmap to being both an adult and a creative mind. Everything is a learning experience. I took those experiences with me to NYC after graduating, and it wasn’t until a year later that I truly felt like I found myself as an artist. I honed my voice, honed my sound, and wrote songs every single day. I took what UArts gave me, sprinkled in a little real-world responsibility (anxiety), and used it to become the confident, self-sufficient singer-songwriter/producer I am today. Now I’m finally releasing songs to the world, with the simple hope that my listeners find them MAD FVN.

What was the songwriting process for your new single “People Are Strange”?

Now, this was a fun song to write! I wrote it in Nashville alongside a couple of incredible guys, Nick Schwarz (producer) and Ethan Hulse (songwriter). I came into the studio with the title and the concept, it was them that really helped bring it to life. We started off brainstorming, wanting it to be simple and based around all the normal day-to-day things the average person does: drink coffee in the morning, go to a job you don’t like, come home, probably have a sip of alcohol, then do it all over again; take the simple things and showcase how strange it all is. Once we had our topics, the chorus came together pretty easily. We all did it together, it’s hard to say who wrote what. I’m partial to melody, Ethan to lyrics, and Nick to instrumentation, but it simply wasn’t as black and white as that. Ethan would say one line, and that would lead me into the next line. After the chorus, we wrote the verses and Nick had the idea to strip it down to just guitar – great idea. The bridge came and we all loved the idea of “we’re all just 1 in 7 billion strangers, with insecurities and failures”, so why hide them? When you listen to the bridge you can hear Nick and Ethan in the gang vocals! I believe the mic caught Nick laughing, so he kept it underneath the 2nd verse. It all came together so naturally once we started, and by the end, we were all a bit in awe of what we’d just created. This song will always have a special place in my heart, and I think in Nick and Ethan’s as well. I’m proud of the final result.

What do you think about the “do everything” approach?

I think learning how to do everything myself was one of the best decisions I ever made and I highly advocate it. Even if you don’t become the best songwriter or the best producer, now you know how it works. You don’t have to put blind faith in someone else who very well may rip you off. You can add your own insight and learn how to put the ideas trapped in your head into something physical. It just gave me more outlets to truly be creative. I don’t have to wait on anyone else’s schedule, or suppress my own creative ideas because “I don’t know what I’m talking about”. Now I know how the business works, I know how to write my own songs and I know how to produce them. It’s an incredible skill set that I’m very grateful I took the time, and months of mental turmoil, to do. Mind you, there is a BIG learning curve! If you’ve never really written or produced before, it’s going to be a huge pain in the neck before it’s fun. In terms of songwriting, you have to write a million and one songs before you feel like you can write consistently. So my advice is simply, DON’T STOP! You’re not bad at it, you simply haven’t learned how to do it yet.

How has playlist promotion worked for you?

It has been vital! One member of my team spent years building up a network of contacts. He begins pushing songs about a month before the release and he continues to push every single week. When you’re independent and small you have to try every avenue to get yourself heard. Whether it’s a huge Spotify playlist or an independent curator with 100 followers, it matters! It’s a slow climb, but now a big portion of my reach has been coming from independently curated playlists on Spotify.

What can we expect from you in the future?

As always, more music! We have a little bit more for you, and I always have a million in my back pocket, but we’re very picky about what we release; we don’t only want it to be good, we want it to be incredible! We’re fighting against the big leagues, and that means being very strategic. In the coming months, a new single will be released. I would kill to release an album this year, but I don’t have all the great songs I want just yet. Only time will tell!

Where can we find you?

The best way to support me is to like and stream my song “People Are Strange” on whatever music platform you use, and to follow me on Instagram and TikTok! Here’s my Linktree as well where you can find links to my music and socials!