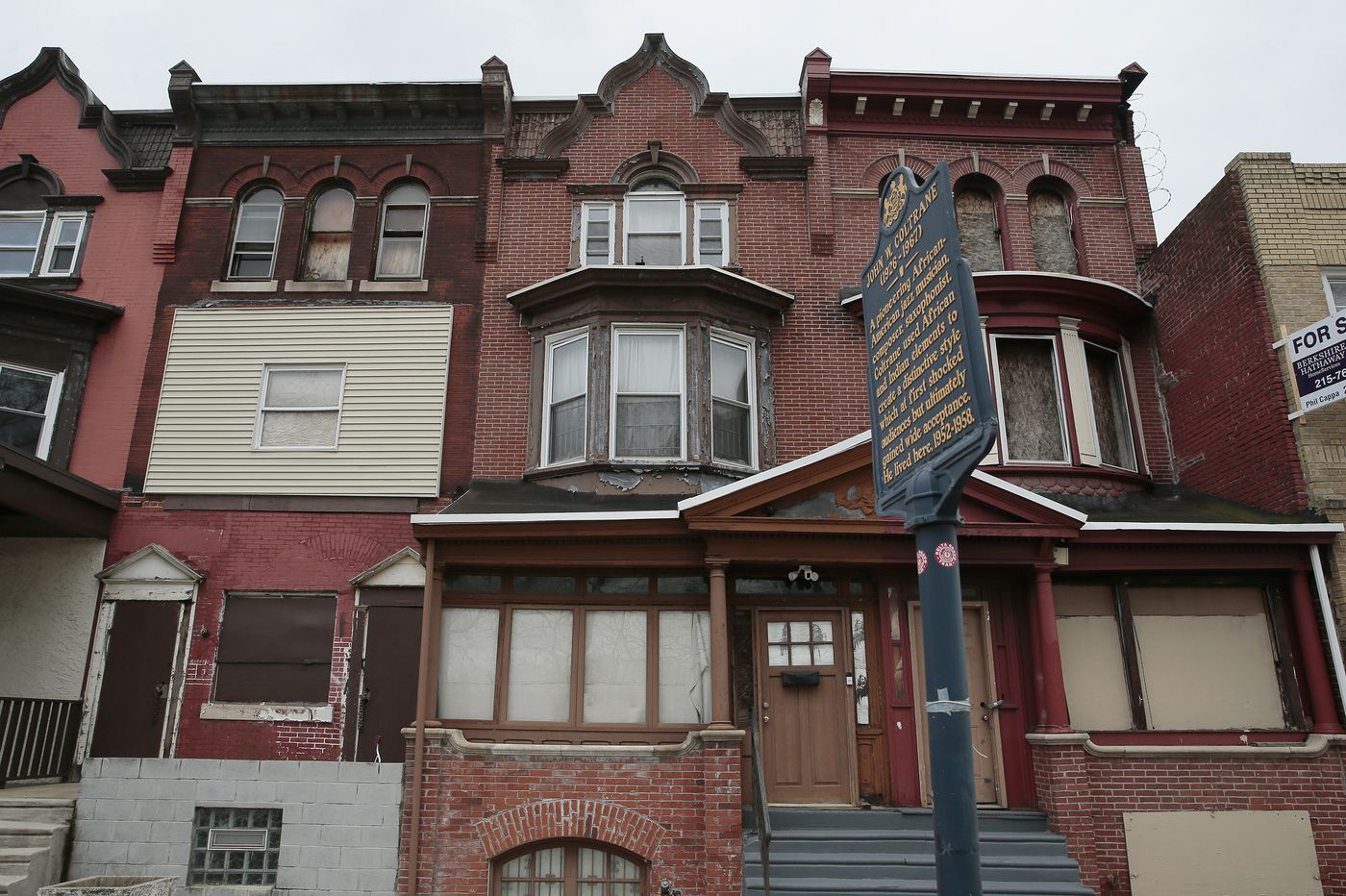 Philly Joe Jones was an innovator of modern jazz drums whose signature hard-hitting rhythms drove the beat for decades of powerful players marching into the future of the genre. Born in Philadelphia on July 15, 1923, Jones started as a drummer in the 40s with Tadd Dameron, one of the most influential arrangers on the bebop scene. He transitioned through cool and hard bop into modal jazz, touring with the Miles Davis Quintet in 1955 which later becoming The Quintet, featuring John Coltrane on sax and Freddie Hubbard on trumpet. In Davis’ autobiography, he named Jones as his favorite drummer. Moving to Europe in 1967, Jones continued to pioneer jazz by playing in the avant-garde scene of London and Paris with the likes of Archie Shepp and Mal Waldron. He later returned to the states and started a fusion band in Philadelphia called Le Grand Prix. Philly Joe Jones’ explosive rhythmic signature paved the way for modern drummers to not only continue playing but to pioneer the music of tomorrow.

Joe Chambers is a drummer, pianist, vibraphonist, and composer from Chester, Pennsylvania. He attended the Philadelphia Conservatory, one of the original colleges that formed to create the University of the Arts, for a year before traveling to Washington D.C. and New York to perform with artists like Eric Dolphy, Jimmy Giuffre, and Andrew Hill in the early 60s. He later joined Blue Note Records to perform and compose with high-profile artists such as Freddie Hubbard, Bobby Hutcherson, Charles Mingus, Wayne Shorter, Joe Henderson, Sam Rivers, and Chick Corea. In the 70s, Chambers played with multiple ensembles like Max Roach’s M’Boom and the Super Jazz Trio and with prominent artists Sonny Rollins, Chet Baker, and Art Farmer. He transitioned to the modern-day as a solo artist, releasing a number of albums starting in 1973 with trumpeter Woody Shaw and the most recent 2016 album Landscapes which features bassist Ira Coleman and pianist Rick Germanson. He has also taught at the New School for Jazz and Contemporary Music in New York City and the University of North Carolina Wilmington as the Thomas S. Kenan Distinguished Professor of Jazz.

Tyshawn Sorey is a composer and multi-instrumentalist from Newark, New Jersey that is known for his ability to master and memorize long and complex scores with his photographic memory. His genre-breaking composition blurs the lines between composition and improvisation. Sorey grew up with an expansive amount of influence playing in the church and getting inspiration from experimental jazz minds like Davis, Coltrane, and Braxton. Sorey attended Newark Arts High School and was introduced to the Black Arts poet and critic Amiri Baraka, who exposed him to radical artists and jazz musicians like Max Roach in Baraka’s salon. Sorey continued to William Paterson University with a full-ride scholarship and has since performed nationally and internationally with his own ensembles, as well as artists such as John Zorn, Vijay Iyer, Roscoe Mitchell, Muhal Richard Abrams, Wadada Leo Smith, Marilyn Crispell, George Lewis, Claire Chase, Steve Lehman, Jason Moran, Evan Parker, Anthony Braxton, and Myra Melford.

His abstract compositions often speak to themselves but are permeated by his experience as a Black person. Though space and abstraction are pillars to his composition, as The New York Times called him “a composer of radical and seemingly boundless ideas,” he’s recently taken a more explicit approach to expression by writing vocal music set to poetry about Black lives in his oratorio about Josephine Baker, “Perle Noire,” which was written for the soprano Julia Bullock and set to texts by the poet Claudia Rankine, as well as a book of songs about the survival himself and Black people in America.

Anwar Marshall is a UArts alumnus who is making a big splash on the scene. This Grammy-nominated drummer and producer has worked with artists like Jazzmeia Horn, Orrin Evans, Dave Douglas, Khemist, Christian McBride, and another amazing alum Laurin Talese.

Born as Eunice Waymon on February 21, 1933, Waymon began as an aspiring pianist who intended on studying at the Curtis Institute of Music in Philadelphia, but was denied due to racial prejudice. Still living in Philly, Waymon started teaching music during the day and playing piano in bars at night in Atlantic City to support herself. She took on the alias Nina Simone, “Nina” meaning “little one” in Spanish and “Simone” after the actress Simone Signoret, to hide her nightlife from her Christian mother who called bars “the fires of hell” and the genres jazz and blues “devil’s music.” Her career as a singer took off when the owner of Midtown Bar & Grill insisted that she sing and accompany herself for increased wages, playing a mixture of jazz, classical, and blues. A few years later she was signed to jazz label Bethlehem Records, owned by Syd Nathan. Nathan also signed James Brown under King Records and gained notoriety from Nina’s 1958 recording of “I Loves You, Porgy” which was inspired by Billie Holiday and her debut album in 1959, “Little Girl Blue.”

By 1964 she was signed by Philips Records and her political voice took form after releasing the song “Mississippi Goddamn” as a part of her 1964 album, “Nina Simone in Concert”; she wrote it in response to the murder of Medgar Evers and the 16th Street Baptist Church bombing in 1963. Simone continued to perform at civil rights meetings and promote black nationalism singing songs like “Backlash Blues” written by Langston Hughes and “To Be Young, Gifted and Black” with Weldon Irvine after the unfinished play by Lorraine Hansberry. Nina Simon’s commanding voice in song and activism has paved the way for black and female voices alike and reverberates for generations to come.

Laurin Talese is another riveting voice of versatility, being classically trained at the Cleveland Institute of Music and later studying classical and jazz voice at the University of the Arts where she received a bachelor’s degree in Vocal Performance. Talese dominates many musical genres including jazz as her most notable. She has shared the stage with various artists and ensembles including Bilal, Gregory Porter, Patti LaBelle, the Cleveland Orchestra and Jazz Heritage Orchestras, the Moses Hogan Chorale, and the Mozarteum Orchestra of Salzburg, Austria. Talese’s voice has been recognized on the home and international front, winning the 2018 Sarah Vaughan International Jazz Vocal Competition and being selected as a cultural ambassador with the U.S. Department of State’s Bureau of Educational and Cultural Affairs and American Music Abroad, following in the footsteps of former ambassadors like Louis Armstrong, Dizzy Gillespie, and Duke Ellington leading jazz workshops across Europe. Laurin Talese has performed in a number of national and international venues including the Kennedy Center for the Performing Arts, Philadelphia’s Academy of Music, Apollo Theater, New Jersey Center for Performing Arts, Newport Jazz Festival, and Jazz at Lincoln Center Shanghai.

Alita Moses is a Connecticut-born vocalist that took the jazz world by storm, winning the 2014 Montreux Jazz Vocal Competition in Switzerland while still enrolled at the University of the Arts. After graduating with a bachelor’s degree in Jazz Vocal Performance, she returned to Montreux with the Walter Fischbacher Jazz Trio for the Montreux Jazz Academy and Montreux Jazz Festival where she performed alongside names like Al Jarreau, Patti Austin, Sonny Emory, Lee Ritenour, and Charles Lloyd. Moses toured internationally at venues like the Lincoln Center Shanghai, Hartford Symphony Hall, Kimmel Center for the Performing Arts, Rockwood Music Hall, and Mercury Lounge.

More recently, Moses has made a transition into neo-soul with her band Lohai in New York City where she has performed with Vic Mensa on The Late Show with Stephen Colbert and recorded with members of the Christian McBride Big Band.

One of the most important Philadelphia jazz landmarks is the Coltrane  House, a three-story Strawberry Mansion home, purchased by Philadelphia Jazz legend John Coltrane in 1952. Coltrane lived in this house as he refined his improvising prowess and developed his most consequential and influential compositional device known as ‘Trane Changes”, featured on tunes such as “Giant Steps” and “Countdown”. The home has recently been declared an ‘at risk’ site by the state and is in jeopardy of being torn down. As jazz activists in the city scramble to save this historic site, musicians in Philadelphia continue to push the art form of jazz forward as Coltrane would have certainly wanted them to.

Two of Coltrane’s contemporaries, Pharoah Sanders and Hassan Ibn Ali, are continuing his legacy by releasing new music that shifts with the times and restoring time capsules that connect to his greatest theoretic feats.

Pharoah Sanders, born as Ferrell Sanders, grew up in the San Francisco Bay Area where he played bebop, r&b, and free jazz with musicians like Dewey Redman, Sonny Simmons, Ed Kelly, and Smiley Winters. In 1961 Sanders moved across the country to New York City playing free jazz with greats Sun Ra, Don Cherry, and Billy Higgins. In some of his rougher times, he stayed with Sun Ra, unable to make a living off music alone. By 1965, Sanders was playing with Coltrane’s ensembles which would become one of the most revered groups in the history of jazz. Their concepts broke through the rhythmic and harmonic conventions of traditional jazz. After Coltrane’s death in 1967, Sanders worked with John’s widow Alice Coltrane and began leading his own ensembles. Last year, he released an electro-acoustic, ambient-classical concerto, “Promises”, with Sam Shepherd (known as Floating Points), featuring the London Symphony Orchestra strings.

Hasaan Ibn Ali, born William Henry Langford Jr. in 1931, is said to be one of Philadelphia’s most advanced players. Odeon Pope claims that Ali was “the great influence on Trane’s melodic concept”, citing him as inspiration for Coltrane’s intensive work ethic and boundary-breaking harmonic theory that became “Giant Steps”. Though he was a respected musician in the local scene, there is only one recording session available featuring Hasaan Ibn Ali: “The Max Roach Trio Featuring the Legendary Hasaan,” from 1964. Acetate copies were recently discovered from an unreleased album via Atlantic Records in 1965 called “Metaphysics”, which was released last month.

Saxophonist, composer, and alum of the University of the Arts Mervin Toussaint has been continuing this innovative work. His unique playing and writing style serves as a reminder that Coltrane’s contributions to America’s art form. Mervin Toussaint is an emerging saxophonist, composer, and educator in the Philadelphia area. Toussaint received his bachelor’s and master’s degrees in saxophone performance and jazz studies. He teaches at various spaces around Philly like the Philadelphia Clef Club of Jazz and Performing Arts as well as having private students. Toussaint lists some of his influences as growing up in the Haitian church, hip-hop, R&B, and neo-soul. He’s taking the local scene by storm, leading gigs at popular venues like Chris’ Jazz Café, South Jazz Kitchen, Dahlak Paradise, The Free Library, and Paris Bistro. Toussaint has played with some Philly jazz greats like V. Shayne Frederick, Odean Pope, and the Paul Giess group, but also departs from conventions accompanying rappers, poets, and spoken word artists. His debut EP, Another Name for Everything, released in November 2020, testifies to his roots in the church on track “Echo Through the Now” and his incorporation of spoken word with “Multiply”. Follow the African Diaspora Collective for more information about their debut podcast ‘Chill & Chat’ featuring Mervin as their special guest!

Visit the UArts DEI Committee’s Instagram for more information and check out WRTI and NPR for the @HOME debut and additional content from Temple and NPR Music.