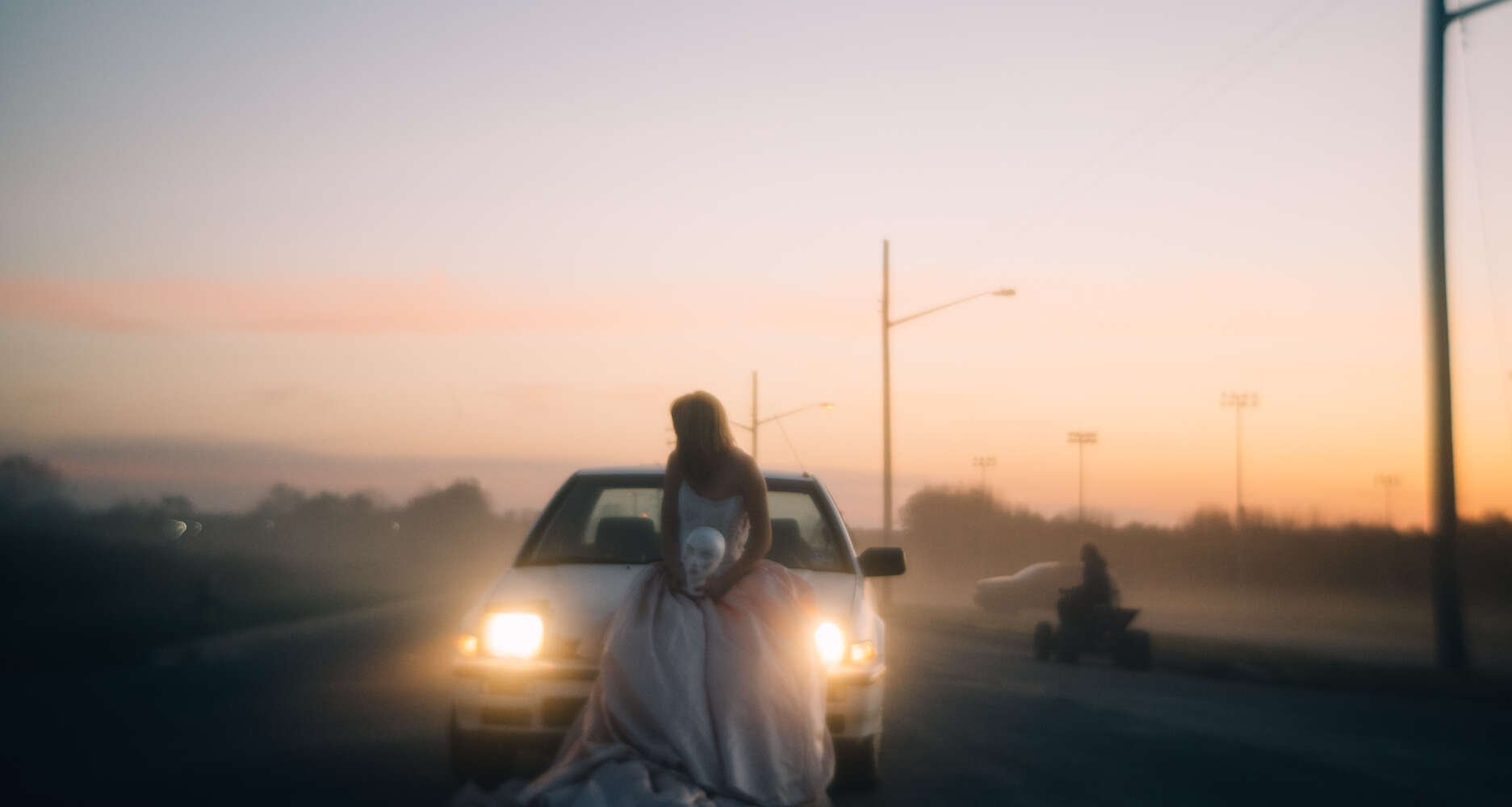 Kennedy Shaw just released the music video for LOVE3 and shared some exclusive context to the song and visual.

“I wrote and recorded l0v3 in my bedroom. After the song was recorded, I sent it to James Sleeman who did drums and mixing/mastering. Ecco2k and Bladee were a huge inspiration, I really enjoy how their music feels so free form and unafraid. I was also reading ‘Midnight Sun’ at the time and was feeling a lot of nostalgia for heavy hearted love songs.” Kennedy Shaw

Who produced the video and how did you connect?

Skylar (Watkins) and I worked on the video. She filmed everything, and we bounced ideas back and forth. We’ve been good friends for a while so it was super easy to make art we both could laugh at and also get really deep with. Fate helped us along the way for sure, too.

What inspired the visual aesthetic for the music video?

Carmen Maria Machado’s book “Her Body And Other Parties” really fascinated me at the time we were shooting. It mentions gowns, disappearing women, and stories concerning the after effects of social rejection. I wanted to bring that in with a lot of pink. Recently I have been finding a lot of great t-shirts at goodwill, and eclectic fashion has always inspired the stuff around me. The video , for the most part, is at my house, so the style is a reflection of my ‘aesthetic’. I guess eclectic? Nostalgic too.

The video has some classic fashion elements to it, walk us through your fashion choices.

For the field shots, my boyfriend Li and I woke up around four AM. I threw on his T-shirt, but it was cold, so I wore a long sleeve mesh shirt underneath and baggy pants to be comfy. The field was wet so I wore my doc martens. I wanted to wear my bracelets and stuff too, so it didn’t look like I wasn’t trying lol! In the other scenes with the mannequin, I got some great low-rise jeans and t-shirts from goodwill the day before, so I wore those! I wanted to go pink to represent some femininity from Machado’s book I mentioned earlier- “Her Body And Other Parties”.

The ballgown was a prom dress or something Li and I salvaged from a thrift store. I didn’t like the ruched top, so I cut it off and left the bones in it. I love big dresses and have always wanted a huge fashion moment like that in a video.

How did LOV3 influence the script of the visual?

L0v3 was written when I was feeling deeply devoted to the person I was in love with, and gearing up for a real future with them. (and still am! <3) Skylar and I wanted to take that and twist it on it’s head a bit. That feeling can be translated into obsession in the wrong context, or madness. We didn’t plan the video very much- and that’s why I think it went so well. We got together and kind of went “What are we doing today?” and threw around some ideas. The mannequin head idea just felt the funniest, and with most substance.

How and where can our audience follow your music journey?