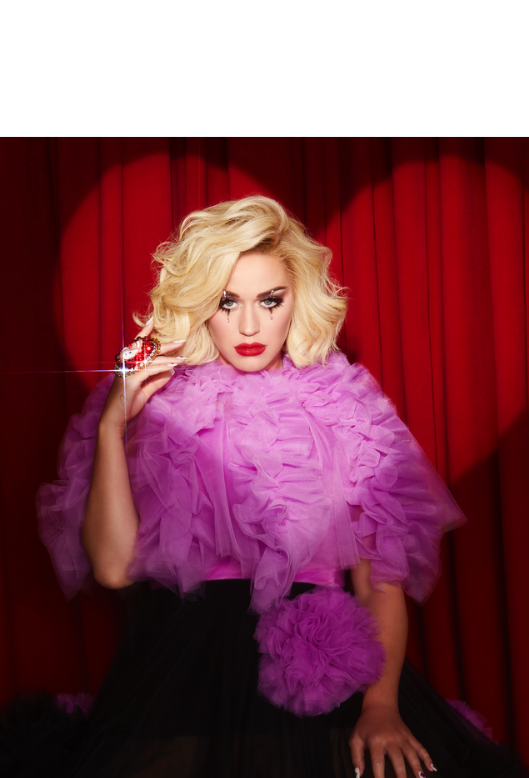 Katy Perry is Back!

Katy Perry is back! With her new album “Smile” out today fans all over are excited for this new era of the Pop Star. Katy made her Capitol Records debut with 2008’s One of the Boys after signing to the label in 2007. She cemented her status as a global superstar with the follow-up album, Teenage Dream (2010), which made her the only female artist (tied with Michael Jackson) to have five No. 1. “Smile” is her fifth studio album and really captures a specific period of her life not shown to the public.

We had the honor of attending a press conference with Katy and 1824, where she talked all things Smile! This whole album is a testament to how strong and empowered Katy is at this point in her life. With tracks like “Resilient: & “ What Makes You A Woman” you get immersed into Katy’s optimistic world. With only a few danceable songs on the record, you can see the evolution of Katy’s music that’s ready for radio and the ones that have a heavy message. No matter what this album surely can generate a Smile in anyone.

With singles like “Daisies”& “Never Really Over” showcase how solid and beautiful Katy’s artistry and lyrical abilities are. An entire year of her life is showcased on “Smile” and how she battled many things and what the journey looked like to regain her smile.

Katy’s song what makes a woman really showcases the trials and tribulations female face daily and how incredibly amazing we are. Perry goes on to say that being pregnant shows you how strong women really are and that millions of other women have the done the exact same!

With Perry just becoming a mom, you can see how simply badass women truly are! Honestly who else can release an album and have a baby in the span of two weeks? Katy definitely can.

After getting to be in a conference with Katy, I was truly stunned at how special this album is for all audiences. Katy even touches on how you can face your failures and acknowledge what’s wrong and how to get right back up.

“Smile” is the kind of album everyone can relate to. With most of us growing up with Katy Perry on the radio, this new era showcases many things older fans will understand.

Smile needs to be heard by the masses! A Katy Perry fan or not, the message and artistry behind Smile Truly is unavoidable. Katy states that she is “ definitely not in the 13-year-old state of mind anymore”, and that many themes in Smile are “a little more mature” and she states that she has “grown up with my audience”

… Yes, we definitely have Katy.

Listen to “Smile” out everywhere now!!

Huge thanks to 1824 & Universal Music Group for involving UARTS radio in this special event!