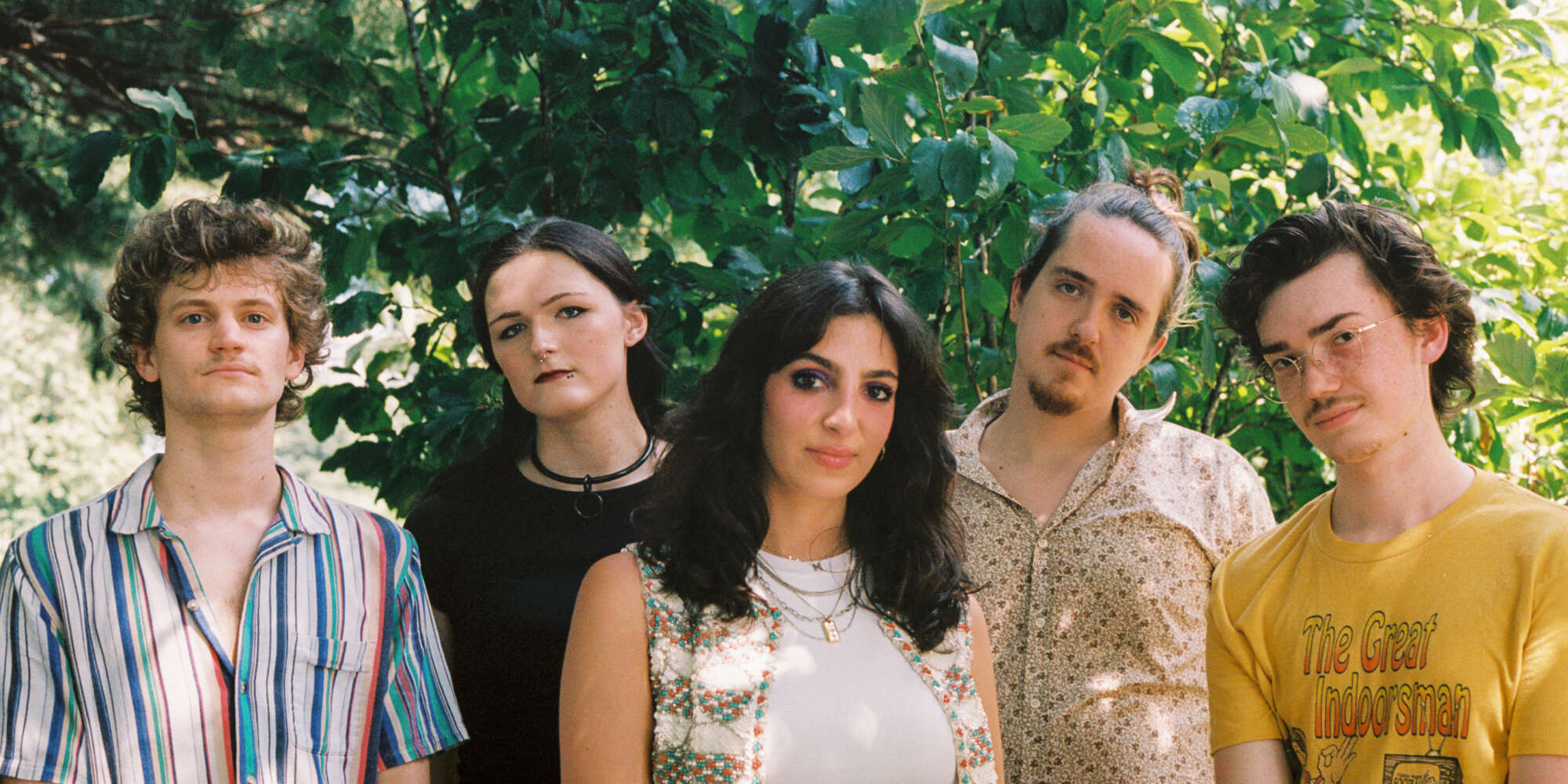 Diana Is Calling found its roots in Philadelphia. Brought together by Melanie Juliano, the lead singer/songwriter, a group of aspiring artists from The University of The Arts in center city blend multiple genres. Melanie draws from several inspirations as she grew up listening to the Fugees and Fleetwood Mac, and great songwriters such as Billy Joel and Adele. With silly lyrics in their song, “Catfish” to their honesty about mental health in “never love”, their music ranges in style but parallel in genuine storytelling.

They recorded and released their first EP, “Sanity” from home during the pandemic and are about to release a stream of singles starting this 2021 season.

There’s been a very distinct shift in your tone as a band, from softer, sweeter sounds of clean guitar and keys to heavy, distorted, angsty rock/metal. What drove this shift?

I think that being able to get together after lockdown and build chemistry off of our different playing styles affected the change in our sound. However, I think everything going on in the world fueled some of the heaviness. Our music is often about mental health, which is a gravitational topic considering the past two years we’ve all had. I think the frustration came from both the inability to get through certain struggles and the realization of certain struggles we all face.

“Poison” is one of your angstier songs, what triggered it? What does “poison” mean to you in this song?

“Poison” is about being attached to someone emotionally abusive and trying to navigate your way through the future of that relationship. The meaning of the word “poison” refers to insecurity because I think most people who are manipulative or abusive are possibly insecure about how they are being perceived. The song boils down to trying to fight back against the toxicity while also trying to understand it. The music video is a more cinematic actualization of taking the “poison” and letting it control you.

Who are you taking inspiration from with “Poison”? I’m getting Lzzy Hale vibes!

We definitely took some inspiration from Halestorm and Rage Against The Machine. However, the song really turned up a notch after playing it all together and realizing it needed to be much more distorted and heavy.

“Shame On You” is sort of pointing out the obvious, looking at the situation objectively from a third-person point of view. How do they relate to your real-life situation?

“Shame on You” was inspired by an old dance teacher who always said “shame on you” to us anytime we ever did anything wrong… bizarre, but it kickstarted this whole idea of never feeling good enough no matter what you do.

The intro of “Poison” was a fun little project at Undercarriage Recording in Philly with Tom Spiker. We recorded Rhodes, bass clarinet, vocals, Tom’s old drum machine, and then ran it through a Critter and Guitari Kaleidoloop.