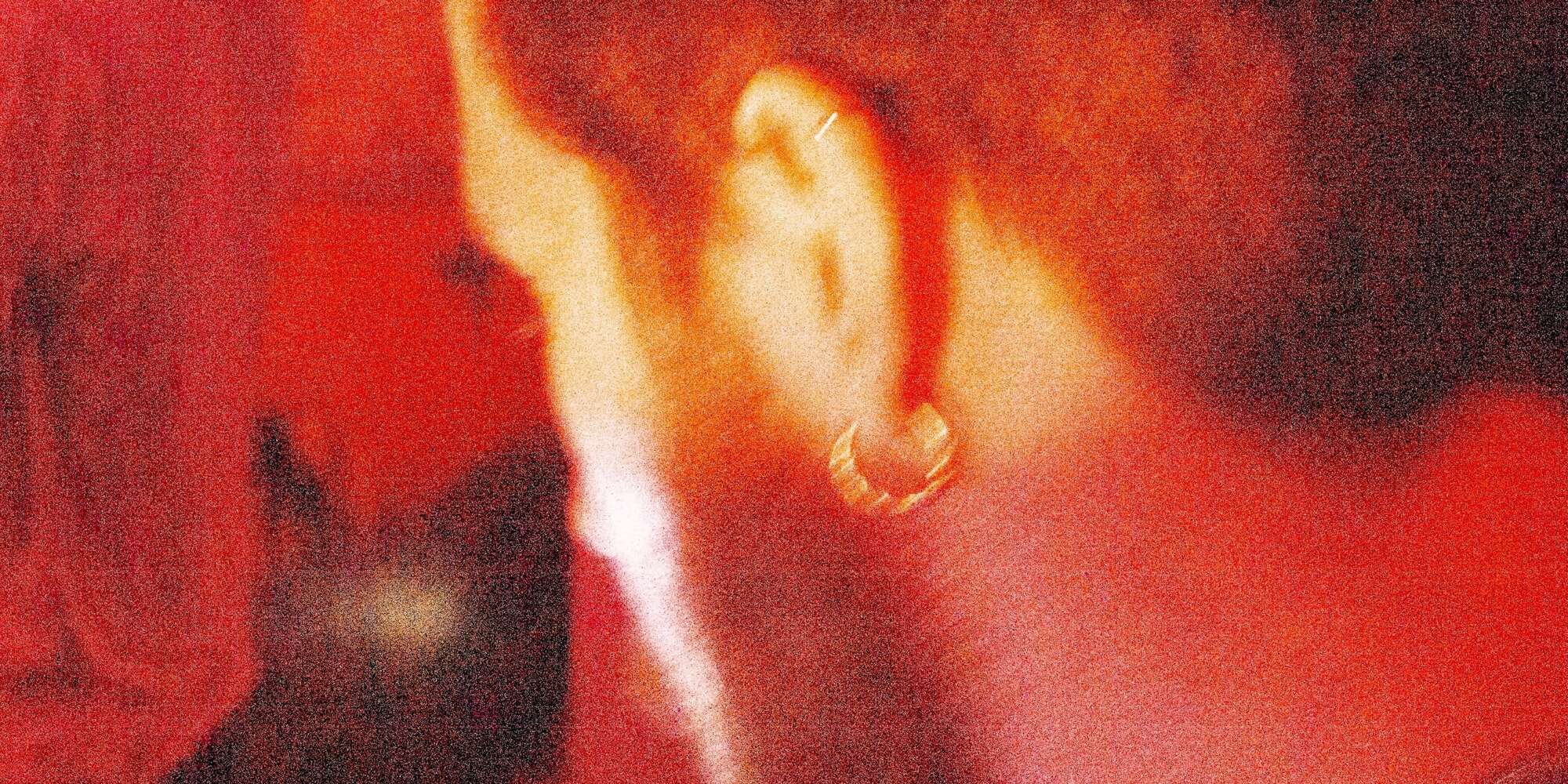 America Loves Me started in the summer of 2019. I had fallen into an indefinite hiatus with my band, Fox Memorial, and I was eager to start writing again. I created America Loves Me and it presented me with the opportunity to express myself in the most creative ways. Writing from my computer allowed me to really make the sounds and songs I wanted. I started writing for my friend Fidoh while preparing solo material. In early 2020, I released my self-titled album along with a handful of singles. At the time, I was still producing for Fidoh and I ended up releasing music with my friends Holidaykiss and Will Comment. COVID-19 made me stop producing music in-person and attending live shows, but I was still able to work on new music via the internet. I became friends with a Temple musician named Jayseph and together we crafted a song called Honeydew. It’s one of my favorites! Until now, I’ve been remaining pretty lowkey.

“Leave Your Luck in Heaven” is a play on words. I came up with the idea for the title after I found out Nintendo translates to “leave luck to heaven”. I thought that hit a certain nostalgic spot in my mind, so I decided to modify it and add my own meaning. A goal with my music is trying to get others to feel that nostalgia that I feel through my songs, so I think I chose the title “Leave Your Luck in Heaven” for that reason. I also think the project contains messages of letting go and liberating yourself. Spiritually, I want to be liberated from the feelings of numbness and really escape through my music and textures. The main theme of this project, to me, is letting go of things in order to obtain happiness or bliss. The samples on this project call back to a simpler and youthful time. I am reaching to create a project that feels forgotten and long-lost, but still consistently hitting this nostalgic itch of joy.

With “Afraid”, “Do What You Can”, and “Goodbye”, I had a complete vision of what I wanted the listeners to think of. “Do What You Can” and “Goodbye” call back to ‘70s and ‘80s aesthetics. “Goodbye”, emotionally, was really inspired by this song called “Even The Days Are Brighter” by Air Supply. God, this song is so cheesy, but when the chorus hits, I feel a longing for something I have never had. I really feel like that song does a good job of taking me somewhere new. I wanted to translate that feeling to certain songs on the EP. You are feeling something, but you can’t exactly place it.

To me, I achieve that most on “Afraid”. I had no idea what I was going for when I started writing it, I just knew it was weird and it made me feel a way I don’t usually feel. The only thing I could really compare it to is “I’m Afraid of Americans” by David Bowie, which I eventually incorporated in the song; just so grimey and dark. It’s an anxiety that starts off the journey but slowly fades through the songs.

I was fortunate enough to be able to include a remix of the Riley The Musician song “99” on the project and work with my longtime collaborator and friend, Lauren Benson, on the song Goodbye. Other than that, this EP was all produced, mixed, and mastered by me.

If there is one person that I feel inspires this EP the most, it’s Janet Jackson. Over quarantine, I fell in love with her album The Velvet Rope. She is so powerful and diverse with her music. “Together Again”, “Tonight’s The Night”, “Empty”, and “You” are all songs that really pushed me to make this happen. I had to sample her for the beginning of the album. In the context of her song “Control,” the opening spoken-word monologue is about the media and people around her controlling how she looks and what she says. She speaks of liberating herself as a woman and being in control to live her best and fullest life. For me, I felt like I had gone through a very similar experience with my queerness, as well as transitioning to adult life. She was perfect for the opening of this album and I definitely wanted to pay tribute to someone I feel like isn’t attributed enough.

Other than that sample, I mostly picked songs that felt right to me after the instrumentals were written. I listen to a lot of different stuff and ingest a lot of media. I know a lot of the samples had to have that nostalgia vibe I was talking about earlier. The album starts off with two samples, a synth sample from a song called “Greygoose” by Yung Lean and the other from a Playstation ad about mental wealth from the mid-2000s. Both gave me that atmosphere I wanted to create and, together, set the scene perfectly.

By the time I’m writing this, I probably have about 30-40 songs made between the beginning of the pandemic and now. A lot of that time and songwriting was spent on asking myself tough questions. “What do I like about my music? What are my strong suits? If I heard my music on Spotify, would I keep it on?” These aren’t easy questions to ask yourself as an artist, but by confronting them, I have created a more realized and concrete answer to my questions. I have enhanced my art and what it means to me to put out music.

One of the questions I asked myself was “Is singing a strong suit of mine?” That was a tough question, but the answer shortly became “sometimes”. At this point, I know what I can sing on and what I can’t sing on, I’m not going to force myself to sing on everything I write just because that’s what pop music “is”. I find a lot of pleasure working with other people’s vocals and integrating their style with my music. That’s what I started doing over the summer with Jayseph and you will see a lot more of my vocals on the back burner for the next couple of releases. I’ll sing when I want to sing, but I mostly want to work with other singers to bring something new and exciting to my instrumentals.

I think the pandemic has inspired me to create music that makes me wanna move and dance. I miss the clubs. I miss getting drunk with my friends. I miss not being able to hear a single word anyone says cause the DJ is going off. I was heavily inspired by artists like Daft Punk, Janet Jackson, Wagon Christ, Aphex Twin, and even some Motown staples like Stevie Wonder and The Jackson 5. I channeled a lot of that energy into this project and it helped craft Leave Your Luck in Heaven.

My favorite song off the EP changes a lot, each brings something new to the table. For me, it’s currently “Afraid” and “Goodbye”. “Afraid” is one of the most unique songs I’ve ever written, it feels like I pulled it in from another dimension – crazy stuff. “Goodbye” feels like a tribute to me, I wrote that song with my friend Lauren. When I first came to UArts in 2017, we’d write and record music in my dorm together, she would handle vocals and I would handle the production and instrumental. We were so proud of what we would write. Her voice is so special to me; when I hear it, I am brought to that nostalgic and warm place I described earlier. I think we complement each other and build off each other’s energy really well. This piece feels like a grand gesture to what got me to this place.

I hope to make a project that touches people in some way, shape, or form. I want people to enjoy what I do, but more importantly, I want enjoy what I do. I want to put out a project I am really proud of am happy to say I feel that way with Leave Your Luck in Heaven.

I also want more people to know what I do. There’s a lot of time and effort put into these songs for me, so obviously I want to get people to listen and enjoy the project. For the first time, since I’ve been releasing and creating music, I feel like I have a product that is worth talking about, and I think if I move in the right direction I could make music a career path for myself.

Check out America Loves Me on…