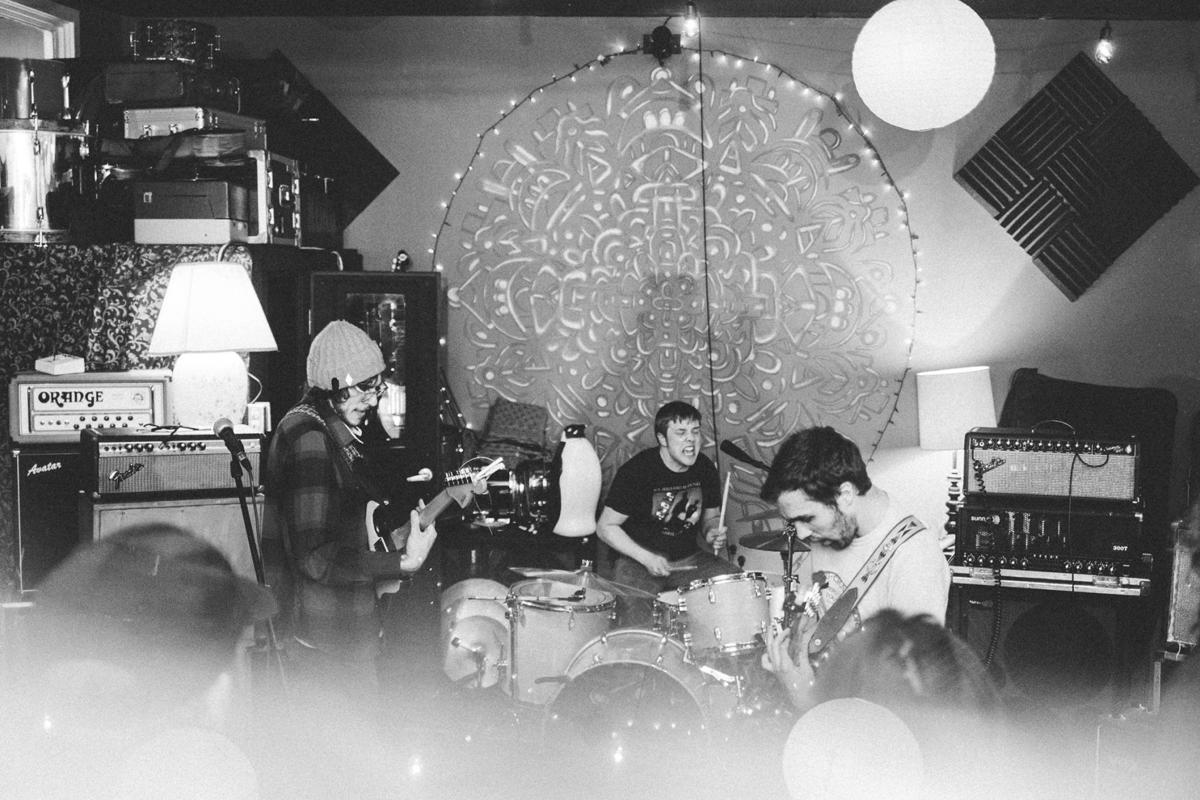 It’s always refreshing to find a band that seems to be writing music inspired by a variety of influences and eras, not just a time period or trend in mind.  In this case, I’m talking about Lancaster’s very own Sun Not Yellow.  I got in touch with the band and asked them a few questions to display their personal insights and supplement my review of their debut record Activity Oriented Meditation, which hit streaming services this past June.

The album’s opener “It’s Getting Hot in Here, So Take Off All Your Skin” is one of a handful of tracks on the album that showcase the band’s unique blend of Americana and alt-rock.  Crunched guitar and powerful vocals reminiscent of New Jersey punk band Titus Andronicus kick off the record before singer/guitarist Jesse Barki declares, “I was a blood brother/I broke skin just to relate”.  Anthemic drums (and tambourine) delivered to us by Cory Paternoster bring to mind the heavy folk-rock dynamics of Frightened Rabbit, especially with the song’s breakdown towards its conclusion.  The next track “Olive’s House” strikes a balance between a smoother, more percussive approach to the band’s sound and even thicker rock textures akin to Siamese Dream-era Smashing Pumpkins.  There’s also something to be said for the Caden Myers’ bass lines on the record as a whole, but on “Olive’s House” they are quite artful; Myers follows right along with the tightly syncopated drum beats while also allowing the track to relax during its slower parts.

Activity Oriented Meditation’s core is on the heavier side of the band’s sound. The middle section is comprised of tracks like “What Incarnation”, “Free Love”, “Are & Be”, and my personal favorite of the record, “Psychotic Wreck”. Throughout this middle section, Sun Not Yellow maintains an ability to write catchy hooks that cut through the meaty instrumental layers underneath. The band described their songwriting process as a collaborative effort, stating “Jesse brings snippets and blurts of ideas to the metaphorical table where we discuss and cook up what eventually becomes our songs.” “Psychotic Wreck” is a shining example of the band experimenting with how far they can stretch a song in terms of ordinary structure and dynamics, while still leaving room for lyrical sincerity and infectious melodies. The song starts with a delicate intro marked by precise cymbal work and airy guitar picking, eventually reining in to support Barki’s vocals. “Psychotic Wreck” documents the alienation and disassociation one can feel when emotional states deteriorate rapidly. The band stated that the album’s running themes involve “anxiety, trying to be a better person and reflecting on that transition”. One of the most cathartic moments on Activity Oriented Meditation is the chorus of this song; hefty distortion sinks in and the band provides an emotional landscape for Barki’s double tracked vocals to sit right above, announcing “The sound of your hair on my neck/I made up in my head/I’m a psychotic wreck”. This track ends chaotically with all instruments working together to create a noise collage and for a brief moment return to the ambience of the intro, only to let the feedback of the guitars drown everything out and fade into the next track.

The latter portion of this record does not slack or leave much more to be wanted (except for a follow-up LP). The tracks “Homelife” and “Dove” blend acoustic and electric guitar tracks together which helps smooth over the heavier side of things and add refreshing textures. “Homelife” talks about the effects that debilitating overthinking can have on your daily life. “Dove” stands out musically as each member shows off their respective chops between the rapid acoustic guitar playing, intricate hi-hat work, and tasteful bass lines. “Introspective”, Activity Oriented Meditation’s final track, makes sure you walk away from this album with a worthy message. The song urges a stressed listener to try different things and open their mind to new ideas, because in the end these unique experiences can cause “walls” to start “melting down” and all their “threats will turn to raindrops”.

Sun Not Yellow’s first LP is a heavily melodic and interesting rock debut in which the songs take advantage of their moderate lengths and deliver on dynamics. When asked about the album title, the band stated “Activity oriented meditation is the process of losing yourself in a series of motions or actions, which is a form of meditation that we all share when we play music together, and is essentially how we wrote the album.” It is apparent from just listening to this thing that the band has a knack for bringing all their inspirations together in pursuit of something new. On Activity Oriented Meditation, Sun Not Yellow makes the case that indie rock songs today can be much more than just recycling trends made popular decades before.